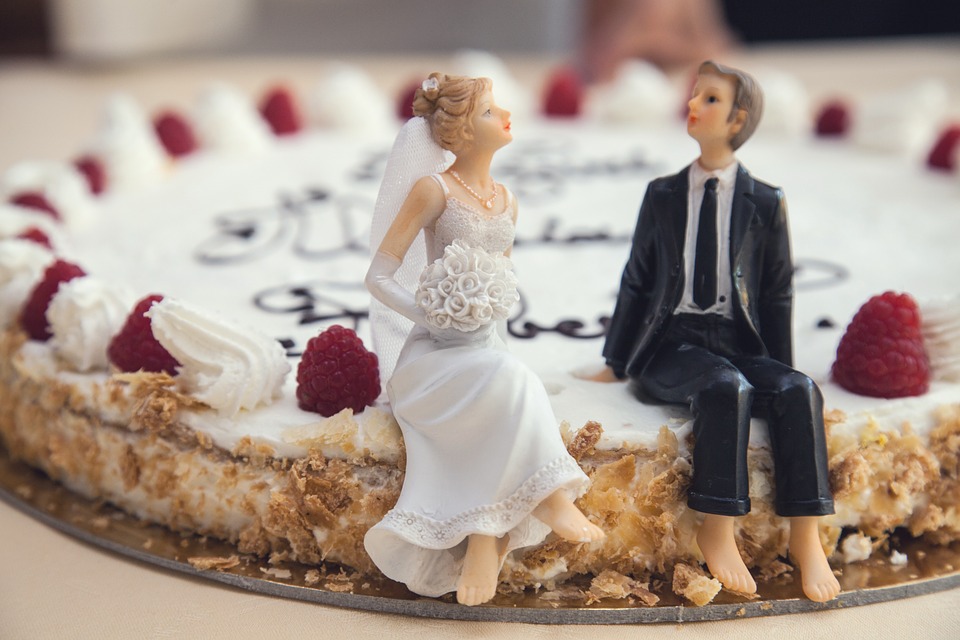 You frequently hear of the lavish ceremonies and lively receptions thrown by the rich and famous. Usually, nothing is too extravagant, but some green celebrity weddings give back or try to keep things simple.

While very few stars have gone entirely green for their marriage, a notable amount has incorporated some organic or sustainable elements to their day. We’ve also included some big names that have given back in some way to charity through their wedding. 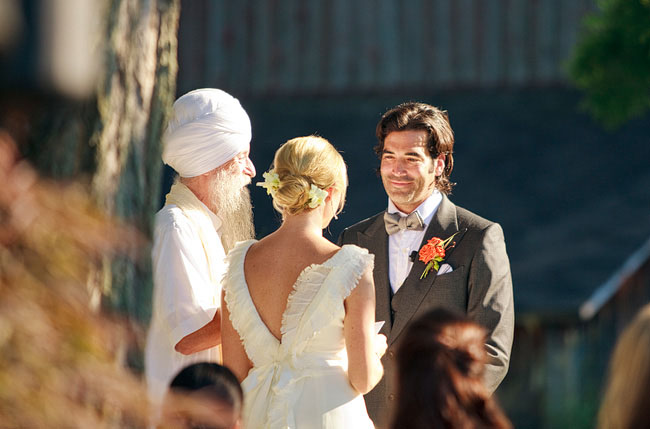 Actress Amy Smart and HGTV’s favorite carpenter Carter Oosterhouse had an entirely green wedding in their Michigan home. While going fully sustainable may seem time-consuming, it only took the couple five months to plan their wedding.

Even with a large crowd of 220 guests, they managed only to leave half a bag of trash behind. They were able to accomplish this feat by composting and recycling everything used during the day.

Using local farms, Oosterhouse and Smart chose vegetables and meat for their heirloom-tomato salad, short ribs and lamb, and green bean dinner. The flowers were also from local vendors and complimented the recycled paper decorations. 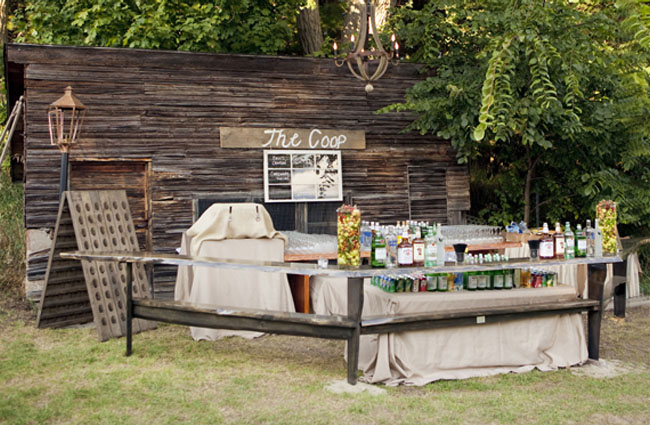 With his carpentry skills, Oosterhouse built a bar for their wedding reception entirely from reclaimed wood.

Their rustic ceremony and reception are the perfect examples of green celebrities taking action to be more sustainable.

Natalie Portman is known for her eco-friendly values, which she remained faithful to on the day she married Benjamin Millepied by the Big Sur Coast.

The ceremony included wildflowers picked nearby, which Portman held walking down the aisle and adorned her head in a crown. Instead of a decadent wedding cake, the couple chose French macaroons instead, which paid homage to Millepied’s heritage. As a wedding favor, the small crowd of guests received packets of wildflower seeds to spread in their honor. 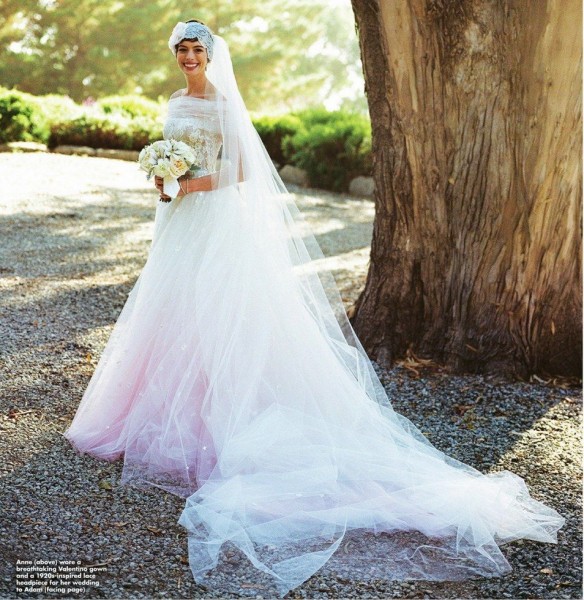 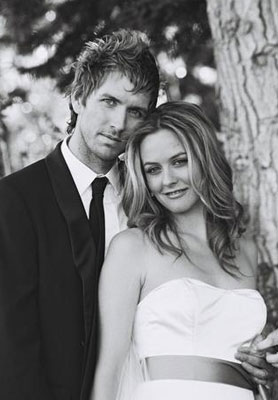 On the stunning shores of Lake Tahoe, Alicia Silverstone and Christopher Jarecki married each other surrounded by the water, sequoias, and range of mountains.

Their green wedding was entirely natural and sustainable. From the recycled invitations to the organic beeswax candles surround the party nothing was wasted. Decorations included recycled tea tins filled with organic herbs, apricots, and onions.

The menu featured deliciously grilled tempeh and black rice, and vegetables in a saffron-sage sauce paired with vegan aioli. For dessert, single servings of chocolate-almond midnight cakes with maple-almond pecan and raspberries pralines on top. 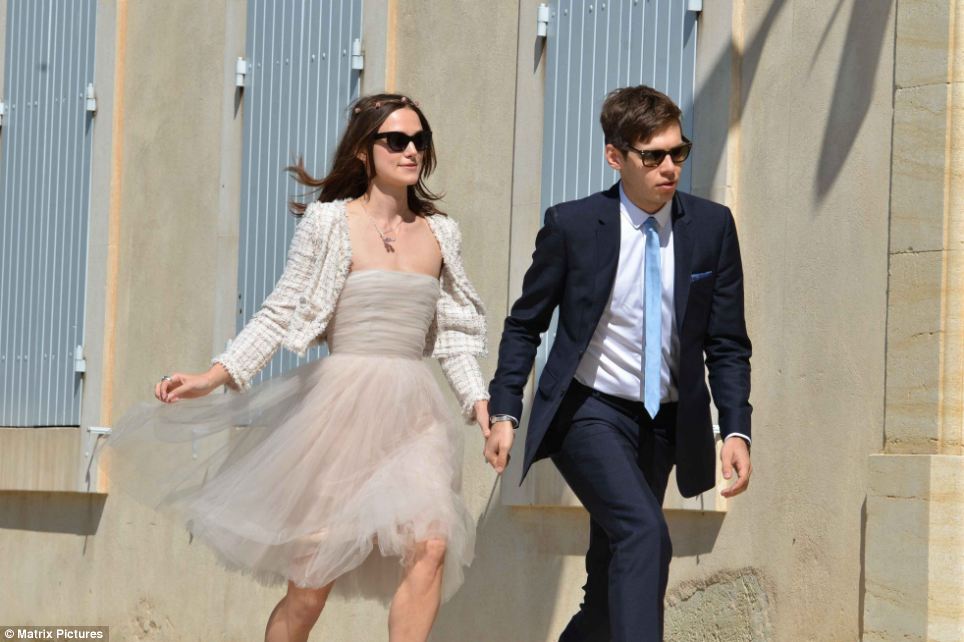 Keira Knightley had a simple, yet intimate ceremony with musician James Righton. Most notably Knightley wore an up cycled Rodarte dress as her wedding gown. 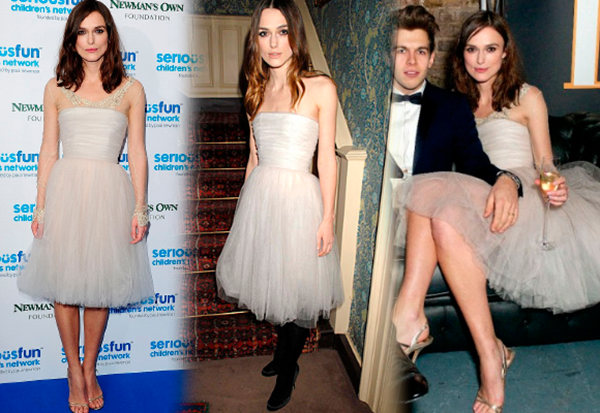 She wore the same ensemble in a pre-BAFTA party a few years back. This time she added a classic Chanel jacket paired with ballet pumps and a flower crown.

Instead of spending a fortune on your new wedding dress, try selecting a simple white gown instead or choosing a used and up cycled option.

Take some organic menu ideas from Amy Smart and Alicia Silverstone that will have your guests eating local, yet delicious food. If you’re not fully committed to an entirely green wedding, try adding in small elements like Natalie Portman’s wildflower seeds for party favors. Even by choosing a used dress or renting, you can decrease the costs of your wedding, while staying friendly to the environment.

The stars and starlight’s of Hollywood are starting to align themselves with eco-friendly weddings. Many green celebrities still keep the lavish wedding while also incorporating some earth conscious ideas. Their actions show that even famous icons must do their part to conserve our beautiful planet, and their wedding day is no exception. 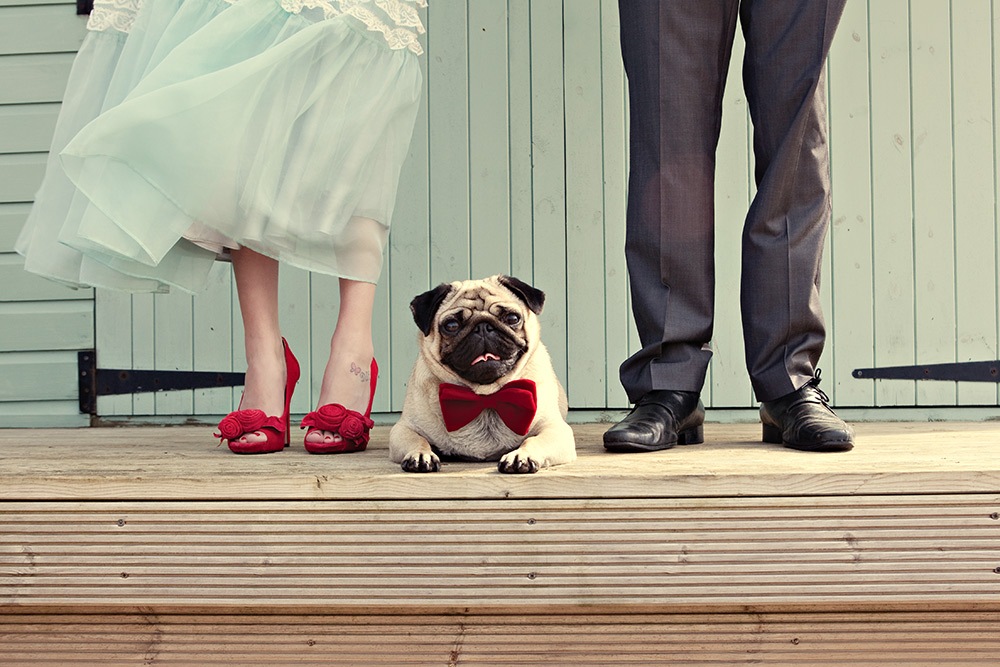 Should Pets be Included in the Wedding?

Should Pets be Included in the Wedding?

© 2023 Our Organic Wedding. All Rights Reserved. Website Design by the Saber Team